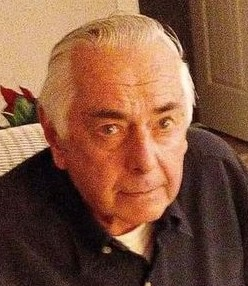 Please share a memory of Wayne to include in a keepsake book for family and friends.
View Tribute Book
Wayne Jay Pruitt, 80, of Henrico, VA and formerly of Brooktondale, NY passed away on August 20, 2021. He was born on October 7, 1940 to Vester and Anna Pruitt. Besides his parents, Wayne was predeceased by his step-brother, Ezra Pruitt; father- and mother-in-law, Steve and Frances Shady; brothers-in-law, Robert Shady and George Ridenour; and sister-in-law, Jeanette Shady. He is survived by his wife of 60 years on September 30th, Lorraine Pruitt; children, Jeffrey (Mary) Pruitt and Lisa (Lawrence) Brown; grandchildren, Alex and Amelia Pruitt and Nadia and Mark Brown; sister-in-law Donna Martin Shady, and close cousin Lewis Dorsey and family; as well as nieces and nephews. Wayne was a soft-spoken, kind man, always willing to help someone in need. He was devoted to Lorraine and their family. Spending time with family was a priority. He was so proud of his children and grandchildren...you could see the gleam in his eyes when he saw them. They were the joy of his life. The family enjoyed many vacations together throughout the years...skiing in Lake Tahoe, enjoying the beauty of Sedona, AZ, fun in Orlando, FL and many holidays in Williamsburg, VA. He also loved animals, especially dogs, and he had many companions over his lifetime. Wayne was a fan of classic country music and enjoyed watching game shows, TV detectives, and westerns. He also enjoyed history, especially relating to trains. As a child, Wayne was a member of the Boy Scouts of America and the Roy Rogers Rider's Club. He attended a one-room school on White Church Road in Brooktondale, then transferred to Candor Central School for high school, where he graduated in 1957. He met Lorraine in high school and they married in 1961 in St. Francis of Assisi Catholic Church, Catatonk, NY. He was also a member of the Immaculate Conception Church in Ithaca, NY, for many years. Wayne was a member of the New York State Teamster's Union, Local 317, Syracuse, NY. He was employed driving heavy equipment when I-81 was being constructed in the 1960s. He worked for William Lynch Excavating as a diesel mechanic. Wayne was also an Owner-Operator and leased his trucks with George Transfer and Rigging out of Maryland. He retired from Crispell Automotive after 28 years as a diesel mechanic and started his own garage business, Pruitt Trucking, from which he retired in 2016. Wayne grew up on White Church Road in Brooktondale, NY. He then built a home there for his family in 1969, where he lived until he and Lorraine moved to Virginia in 2016 to be near their children and grandchildren. Calling hours will be held Friday October 1 from 10:00am-12:00pm at Estey, Munroe, and Fahey Funeral Home, 137 MAIN STREET, CANDOR, NY, followed by a Memorial Mass at St. Patrick's Church, 300 Main St., Owego, NY at 1:00pm. In lieu of flowers, memorial contributions may be made to the Alzheimer's Association and to the ASPCA. Condolences may be made to Wayne's family at www.emfaheyfuneralhome.com
To send flowers to the family or plant a tree in memory of Wayne Pruitt, please visit Tribute Store
Print
Friday
1
October

Look inside to read what others have shared
Family and friends are coming together online to create a special keepsake. Every memory left on the online obituary will be automatically included in this book.
View Tribute Book
Share A Memory
Send Flowers