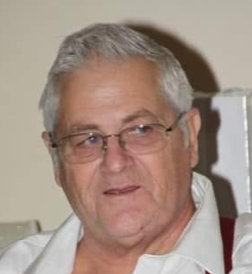 Walter R. Hiller, 83, of Vestal, New York, unexpectedly passed away on Monday, September 20, 2021. Walter was predeceased by his wife of 55 years, Penny Hiller. He is survived by his five children and their spouses, Jeffrey and Cindy Hiller, Kevin and Lauri Hiller, Mark and Melanie Hiller, Colleen and Mike Darrah, Craig Hiller and Amy Noyes; 15 grandchildren, Cyrena, Angie, Michael, Jay, Chrystal, Robert, Jennifer, Andrew, Jessica, Ashley, Cassie, Courtney, Emily, Noah, Ryan; numerous great-grandchildren; one great-great-granddaughter; two brothers and sisters-in-law, George and Ilse Hiller, Bill and Beth Hiller; two sisters, Marian Jordan, Bev Spencer; several nieces and nephews. Funeral services will be held on Monday, September 27th at 12:00 Noon at the Estey, Munroe & Fahey Funeral Home, 15 Park St., Owego, NY. Services will be streamed live at www.emfaheyfuneralhome. Burial will follow in the Riverside Cemetery, Endicott. The family will receive friends Monday from 10:00 to 11:45 a.m. prior to the services at the funeral home. Memorial Contributions may be made in Walter Hiller's memory to Mercy House of the Southern Tier, 3600 Phyllis St., Endwell, NY 13760. Condolences may be made to Walter's family at www.emfaheyfuneralhome.com.
To send flowers to the family or plant a tree in memory of Walter Hiller, please visit Tribute Store
Monday
27
September

Share Your Memory of
Walter
Upload Your Memory View All Memories
Be the first to upload a memory!
Share A Memory
Send Flowers