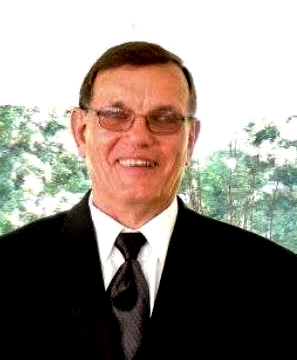 Robert J. Shady, 75, passed away on October 23, 2019 surrounded by his loving family after a 17 month battle with ALS. He was predeceased by his parents Steven and Frances (Slozenski) Shady, his mother-in-law and father-in-law Donald and Louise Martin, his brother-in-law George Ridenour, and many Aunts and Uncles. He is survived by his beloved wife of 48 years Donna (Martin), four children, Michael (Rebecca) Shady, Timothy Shady, Linda (Seth) Coye, Kristin (Brian) Oliver and was a dear Papa to his beautiful grandchildren Bradley, Jameson, Reagan, Elisabeth and Carlee. Bob is also survived by his two sisters Lorraine (Wayne) Pruitt and Jeanette Shady as well as several nieces, nephews, and cousins. He leaves behind a multitude of close friends including lifelong friend Robert (Ginny) Robinson. Bob graduated from Candor Central School in 1963 where he was an outstanding athlete lettering in four sports; Football, Basketball, Baseball, and Track and receiving an All-Star designation in Football and Basketball. Bob proudly served his country in the United States Army during the Vietnam era with the 57th MP Company stationed at West Point. He retired in 2008 after 42 years of service working for IBM, Loral, and Lockheed Martin. Bob was Cub Master for Pack 30 for six years, assistant Scout Master for Troop 30 for nine, and Order of the Arrow Chapter adviser for three years. In honor of this service and dedication he was awarded the prestigious Silver Beaver Award. Bob loved the Newark Valley CSD sports program and he and his wife worked a number of years with the Booster Club supporting their four children and countless others. Bob was a member of Saint Patrick's Church, Tioga County Sportsman's Club and American Legion Post 907 in Candor. He had a real love for the outdoors; hunting, fishing, camping and landscaping; his lawn and flower beds were always pristine. Bob shared these loves with his children, memories that will be cherished forever. Bob looked forward to yearly vacations at Bob's Lake, Ontario, Canada that brought his dear friends, his children and his grandchildren together to share in his love for boating and fishing. He would spend the whole year trying to find the perfect fishing lures for the upcoming summer vacation, a tradition that will continue in his honor. Bob was an avid Lionel train and coin collector, completing multiple sets of each for his children and grandchildren and took great joy in gifting these at his last Christmas. Bob was a kind, generous, and selfless soul. He would open his heart of gold to anyone. There was never a person in need that he didn't try to help… friend or stranger. Although he was taken way too soon, his unconditional love for his family will live on. The family would like to thank those that assisted and comforted Bob through this ALS journey and, though he is no longer with us, it brings his family great comfort to know his horrific struggle is over. A Mass of Christian Burial will be celebrated on Monday, November 4th, 2019 at 11:00 a.m. at St. Patrick's Church, 300 Main Street, Owego, NY with full military honors being accorded. The family will receive friends Sunday, November 3rd from 12:00 Noon to 3:00 p.m. at the Estey, Munroe & Fahey Funeral Home, 15 Park St., Owego, NY. Memorial contributions may be made in Robert J. Shady's memory to the Tioga County Rural Ministry, 143 North Ave, Owego, NY 13827 or the Campville Emergency Squad, 6153 NY-17C, Endicott, NY 13760

To send flowers to the family or plant a tree in memory of Robert Shady, please visit Tribute Store
Print
Sunday
3
November