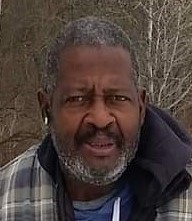 Please share a memory of Charles to include in a keepsake book for family and friends.
View Tribute Book
Charles Clark, Jr., 70, of Apalachin, NY and formerly of Tampa, FL passed away on Tuesday, February 1, 2022. He was born on June 9, 1951, to Charles Clark, Sr., and Minnie Mae Jackson-Hill. Besides his parents, Charles was predeceased by his wife, Robin Townsel-Clark, his brother, Sylvester Clark, his sisters, Elizabeth and Ora Lee Clark; twin grandchildren, Kristopher and Mamie Clark; grandparents, Rev. and Mrs. John Jackson (Susie Mae Jackson); aunts, Johnnie Mae Jackson-Mitchell and Kim Jackson; uncles, Johnas Jackson and David Jackson and cousin, Rhonda Voncil Judge. He is survived by his fiancée, Sharon Johnson, Bronxville, NY; son, Kristopher Clark and wife, Nicole Clark, Albany, NY; devoted friend and Elks Lodge Brother, Tim Sayres, Owego, NY; sister, Beverly Clark, Seattle, Washington; brothers, Edward Clark and wife, Diane Clark, Los Angeles, CA; David Hill & wife Olympia Hill, San Antonio, TX, Michael Hill and girlfriend, Ellie Sherrell Carpenter, Tampa, FL.; sisters-in-law, Cathy Townsel, Bronx, NY and Luanna McCallop, Albany, NY; brothers-in-law, Neal Townsel, Schenectady, NY, Bruce & Debbie Townsel and Kim Townsel, Seminole, FL, along with ten grandchildren and seven great-grandchildren and several nieces, nephews and cousins. After completing high school in Hillsborough County, Tampa, FL, Charles entered Army ROTC. Even then as a young adult, his favorite pastimes were fishing, hunting, gardening and carpentry. He became a beekeeper in recent years and was a culturer of raw honey that he gave away to neighbors and friends. Charles was very successful in his career which lasted more than forty years, working simultaneously as an armed guard and driver for seven years, and as a licensed electrician for Westchester County, New York for 33 years, tenured. Charles was a member of the Owego Elks Lodge #1039 for 10 years, where he had been a Trustee and a volunteer for many projects. He was recognized as Elk of the Year for service beyond that required for typical duties. During retirement Charles was known around his Apalachin, NY community for helping his neighbors by plowing snow, mowing lawns, volunteering with the local fire department and looking out for neighborhood children returning home from school. In consideration of Charles' devotion to those he cared for, memorial contributions may be sent in his name to Disabled American Veterans, Wounded Warriors and The American Cancer Society. Graveside services will be held on Thursday, February 17, 2022, at Rest Haven Memorial Park Cemetery Tampa, FL. Condolences may be sent to the family in care of www.emfaheyfuneralhome.com and www.wilson-funeralhome.com Acknowledgements The Family extends heartfelt gratitude to all for being with us in our moment of need. We offer special acknowledgments to Estey, Munroe & Fahey, Owego, NY and Wilson Funeral Homes, Tampa, FL, for their thoughtful and professional service in this endeavor. Please know that we will hold your kindness in our hearts and prayers forever.

Share Your Memory of
Charles
Upload Your Memory View All Memories
Be the first to upload a memory!
Share A Memory