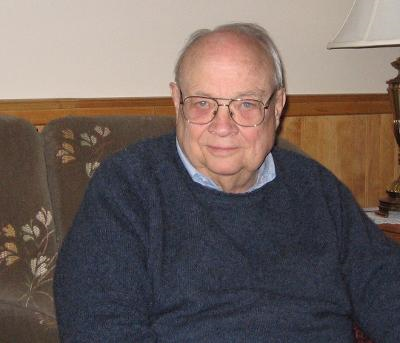 Please share a memory of William to include in a keepsake book for family and friends.
View Tribute Book
William R. Whipple of Owego died peacefully at home on Tuesday, April 26, 2022. His loving wife, Judith Roy Whipple, predeceased him in 2019 after more than 50 years of marriage. He is survived by his two daughters, Pamela Lorraine Williams of Petaluma, CA and Sara Louise Leasure of Chichester, England, two grandsons, Michael David Leasure and John Ashley Leasure and one great-grandson, Arthur Stephen Montgomery Leasure, all of whom live in England, as well as by his many friends in Owego, including Tabatha & Natalie Webster, David & Janet Allen, Paul & Deborah Caforio, Rusty & Laurie Fuller, Richard & Sheila Beavers, and Nancy Lavo. Bill attended the Hooper School in Endwell and then Union Endicott High School. While at UE, Bill was selected for admission to the University of Chicago in a special program for exceptional high school students. After receiving his BA from the University of Chicago, Bill enlisted in the U.S. Army. Following his military service, Bill began a long career in the publishing business in New York City, working as a book editor at several of the largest and best-known publishing houses of the time. He worked with noted authors including Henry Miller as well as the authors of obscure but interesting books like “Ordering from the Chinese menu.” Bill never tired of telling stories about the books he edited and the people with whom he worked. In addition to his passion for books and the printed word, Bill had a profound knowledge of horticulture as well as a passion for cooking and wine, especially French, Italian, and Spanish cuisine. In every case, Bill had strong opinions which he shared with everyone who knew him. Bill was also passionately devoted to historic preservation. He and Judith will have their cremains buried in the Forkston, Pennsylvania cemetery next to his beloved mother, Arbutus Wilson Whipple. Bill is descended from a long line of Whipples who operated lumber yards and mills in the New York and Pennsylvania region. Their principal mill was in Laceyville, PA. Arrangements have been made by Estey, Munroe & Fahey Funeral Home of Owego.
To send flowers to the family or plant a tree in memory of William Whipple, please visit Tribute Store
Friday
17
June

Share Your Memory of
William
Upload Your Memory View All Memories
Be the first to upload a memory!
Share A Memory
Send Flowers