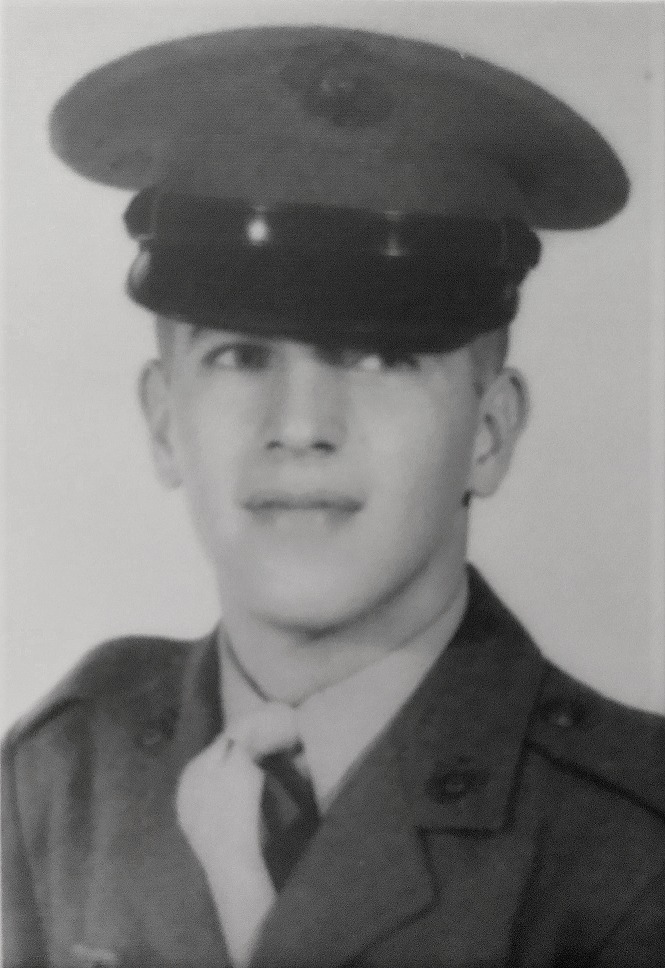 Once Rick graduated from playing cowboys, he moved on to cross-country running and playing the trumpet. Annually he and his older brother Bruce would prepare the neighborhood toboggan run. His younger sister Carol and younger brother Robert grew into enjoying that as well. At the end of high school, Rick very proudly joined the US Marine Corps for 12 years, leaving with an honorable discharge. His specialty was radio broadcasting and program development. This he did in Viet Nam and in Washington, DC. During this time he married Susan Valotta and they had son Richard Andrew. Several years after that marriage dissolved, Rick married Gay Stoner, who served as loving stepmother to "Andy". Richard Andrew married Colleen Warren, and they have two sons – Richard Anthony and Robert Bright. After the Marine Corps, Rick became an enterprising entrepreneur for many years. Meanwhile, Bruce married Ada Fitzwater. Their son Brent married Alana Hays. Carol married Thom Herrmann; daughter Krista has children Rowan Hubbert and Zachary Friel, daughter Annelise and husband Olivier Monsonego have children Keegan, Xavier, and Tristan. Robert married Lisa DeLuca and had three children, Katina, Eric, and Robert. After his father Floyd died, Rick joined his mother Mary to assist her until her death. Rick then retained the ownership of the home until his death on January 6. Funeral services will be held privately at the convenience of the family. Condolences may be made to Rick's family at www.emfaheyfuneralhome.com

Share Your Memory of
Richard
Upload Your Memory View All Memories
Be the first to upload a memory!