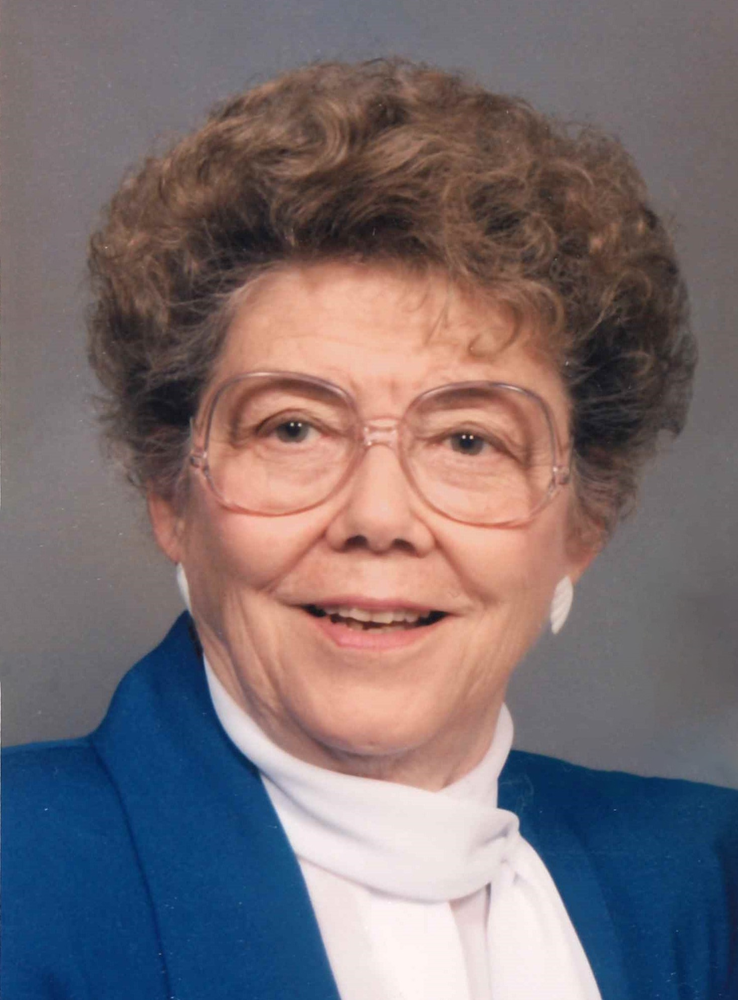 Blanche Lorraine Davis, born in Los Angeles, California, on March 5th, 1923, led a life filled with love; she had many interests including family, sports, her church, art, and nature. She met her husband, Lewis A. Davis, a native of Owego, NY., while he was traveling in California in the late 1930's. They married January 9, 1942, in Owego and soon started a family. Lew was deployed overseas during WWII, while Blanche stayed in Owego, with their newborn son, Barry. She spent much of her time with Lewis's grandmother on her farm at Gibson Corners. Despite the lack of electricity or running water, she enjoyed the simplicity of life on the farm. After Lewis's return from the war three years later, they added two more children, Coral and Brian, to their family. Together they built the home that the family cherished for the following 70 years. A hard worker, she energetically pursued household chores, raised 3 children, and maintained a large yard into her 90's. Blanche never hesitated to volunteer and spent many hours serving her church and community. She was an impressive golfer, bowler, baker, gardener, and avid reader. She had a special interest in birds, watching their antics in her yard. She shared these interests through many letters she wrote to her grandchildren and gave a loving grandmother's touch by including her famous chocolate chip cookies in her packages. One of her greatest joys was attending family activities, including athletic events. She was an enthusiastic fan, and only regretted not being able to get on the field and join in! Blanche is predeceased by her beloved husband of 69 years, Lewis; son Barry; and granddaughter Lynne-Marie, as well as many dear friends and relatives. She is survived by her daughter Coral L. Snider (Ronald), and son Brian S. Davis (Laura), grandchildren Jennifer Hollabaugh (Joseph), Jill Payne (David), Nicholas Snider, Adam Davis, Madison Davis (Joseph Cella), and six great-grandchildren. Donations in Blanche's memory may be made to the Owego United Methodist Church, Owego Evergreen Cemetery, or Gibson Corners Cemetery. Funeral Services will be celebrated on Wednesday, July 28th at 11:30 a.m. at the Owego United Methodist Church. The service will be live streamed at www.emfaheyfuneralhome.com (click on Blanche's obit). The family will receive friends Wednesday from 10:00 to 11:15 a.m. prior to the services at the church. She will be laid to rest beside her husband in the Evergreen Cemetery, Owego. Condolences may be made to Blanche's family at www.emfaheyfuneralhome.com.
To send flowers to the family or plant a tree in memory of Blanche Davis, please visit Tribute Store
Wednesday
28
July