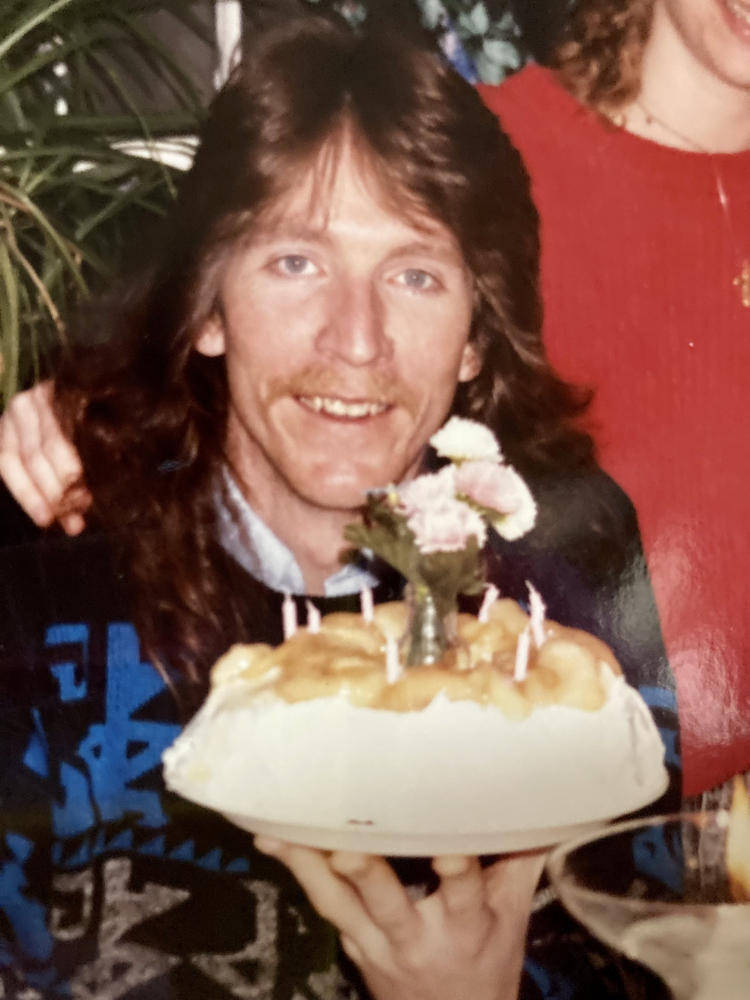 Please share a memory of James to include in a keepsake book for family and friends.
View Tribute Book
James Gerard "Stork" Lippincott, born March 29, 1964, peacefully entered his eternal rest on November 14, 2021. He is the son of James and Margaret (Forsythe) Lippincott. He is survived by his children, Emily Iler of Arlington, Virginia, Rebecca Lippincott (Jerry) Kimbrell, and Ronald David Lippincott of Jacksonville, FL and Isaiah Lippincott of Pueblo, Colorado. Emily Iler's daughter, Laura 12, The Kimbrell grandchildren, Machaela 14, Madelynne 12, Ava 5, Jeremiah 7, and Ronald Lippincott's daughter, Serenity, 9. Jim is also survived by his siblings, and their families, Katie (Guy) Fairweather, Barbara (Stephen) Lonsky, Mary (Al) Violet, Carol (Gary) Chase, and brother Patrick Lippincott. Uncle Jim will always be affectionately remembered by his nieces and nephews, and grands, friends, and colleagues as "Stork" "Uncle Thumper" "Uncle Spends the Night". He is also reported to be "the Captain of the Olympic Moseying Team." Jim possessed a keen mind, sharp wit, and a huge heart. He was literally, and figuratively, head and shoulders above the crowd. Jim was always learning new things. He was skilled in construction, and high rigging. Jim was a talented musician, artist, and was always ready to lend a hand to anyone in need. Jim's dream was to start his own maple tree farm. He will be sorely missed by all those whose lives he touched. He was predeceased by his father James Lippincott, and infant brother Russell Lippincott, and his beloved grandparents. Graveside services will be held on Friday, December 17, 2021 at 1:30pm at St. Patrick's Cemetery, Rt 17C, Owego, NY. A Service of Remembrance will be held at Bethel Independent Baptist Church, 2205 Atwater Road, Kings Ferry, NY 13801 at 11:00am on Saturday, December 18, 2021.
To send flowers to the family or plant a tree in memory of James Lippincott, please visit Tribute Store
Print
Friday
17
December