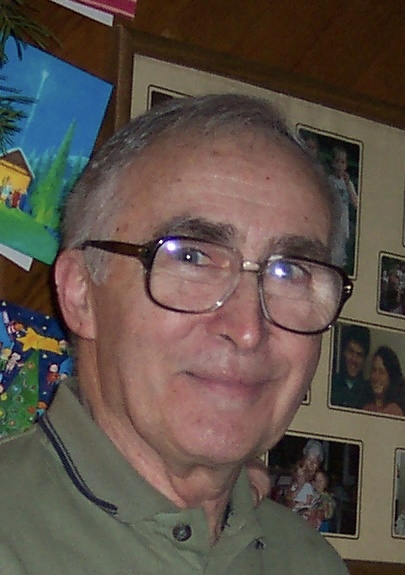 Please share a memory of Thomas to include in a keepsake book for family and friends.
View Tribute Book
Tom Cowell, 93, died peacefully on Friday, November 26th, 2021. He was born on August 13th, 1928 in Philadelphia to Ester and John Cowell. He spent most of his childhood and early adulthood in Staten Island, which is where he met the love of his life Marie Kuczera at the age of 19. They were married three years later on May 20th, 1950. Tom was a very hard worker, holding jobs throughout his schooling and apprenticeships, and then working tirelessly at various labor jobs to create a life for himself and Marie before enlisting into the Marine Corps in 1951. He served in Korea for two years, utilizing his skills with the machinery to be a tank driver. Upon his return home Tom took Marie on a second honeymoon to Niagara Falls before getting a job as a mechanic and starting their family. Wanting to provide a better life for his growing family, Tom went to night school to study TV broadcast engineering all while holding down a job for three years, and remaining an active and engaged husband (doing the dishes every night!), father, and community member. They had two children, Deborah and Tom Jr., and in 1959 moved to Candor, NY when Tom took a job with IBM. During his time at IBM, Tom went back to night school to become an electrical engineer, working in developing early computer technology. He remained at this job for 30 years before retiring in 1989. Tom also valued community service. As a teenager during WWII he was a victory farm volunteer and a New York Guard plane spotter, later in life volunteering as a Sunday school teacher and ambulance driver. Tom loved the outdoors and had immense respect for nature, whether he was playing golf, sailing, canoeing, swimming, camping with his family or cross-country skiing with his children. He also had a very contemplative side to him and loved to play chess or read and recite poetry. Tom was also an excellent craftsman. He made wooden beds for each of his granddaughters, nightstands for each grandchild, a toy chest, worked on numerous model ships and planes and spent three years creating two beautiful and intricate model dollhouses for his grandchildren. Tom will be remembered by friends and family as an affable guy with a sense of humor and a generous spirit who was always willing to lend a hand. More than anything, Tom was a devoted and loving husband, father and grandfather. His family filled him with joy and he was taking care of all of us in some way until the day he died. Tom is predeceased by his parents; his brother John; and his beloved wife Marie. He is survived by his sister, Nancy; his daughter, Debbie and son-in-law; Rick and their children, Isaac, Sarah and Chesna; his son, Tom and daughter-in-law Donna and their children, Jason and Jessica; as well as numerous extended family members and friends. There will be a celebration of Tom's life on Friday, July 15th, 2022 with a service at St. Patricks church, 300 Main Street, Owego, NY at 10 AM followed by internment at the MapleGrove Cemetery in Candor. Afterwards all are invited to a picnic at Upper Treman Park to share stories and memories. Arrangements are by the Estey, Munroe & Fahey Funeral Home.
To send flowers to the family or plant a tree in memory of Thomas Cowell, please visit Tribute Store
Friday
15
July