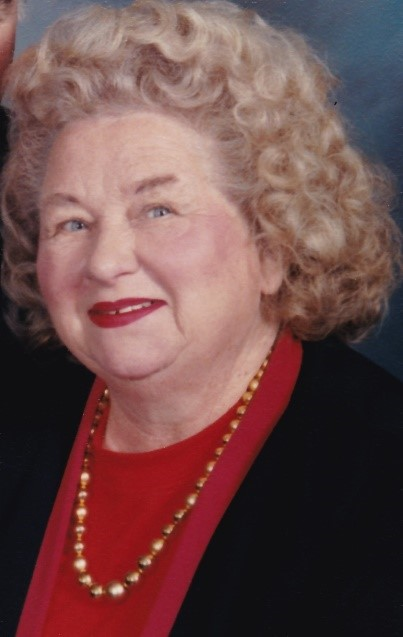 Please share a memory of Esther to include in a keepsake book for family and friends.
View Tribute Book
Esther Marie (Lindhorst) Winnick, 90, of Candor, passed away on January 4, 2022, at the Robert Packer Hospital following a period of declining health. Esther was born in Lounsberry, NY, on December 10, 1931, the daughter of the late Henry and Berendine (Heerkes) Lindhorst. She is survived by her daughter, Diane (Daniel) Coppage; son, Stanley (Dell) Winnick Jr.; granddaughter, Rachel (David) Smith, grandsons, Stanley (Jacqueline) Winnick III, Gregory (Afton) Winnick, Daniel (Jennifer) Coppage, Kevin (Janette) Coppage; seven great granddaughters, Adelaide and Cecilia Smith, Stanley Winnick IV, Hailey and Kaitlyn Coppage, Kayla and Kira Coppage; sister, Louise L. (Harlin) McEwen, three brothers, Walter Lindhorst, Marvin Lindhorst, Robert Lindhorst. She was predeceased by her husband of 57 years, Stanley; five brothers, Henry, Gerhardt, Herbert, Paul, Karl; infant twin sisters, Margaret & Mary. Esther attended Owego Free Academy. For many years, she and her husband Stanley operated the Owego Contracting Company, a lumber business. She was employed for many years by the Tioga County Sheriff's Department in Owego. Esther will be remembered for her humor and cooking but most importantly for her caring spirit and love of family, especially her "beautiful garden" of grandchildren and great grandchildren. Due to COVID-19, a memorial service will be scheduled later in the year. In lieu of flowers, memorial contributions may be made in Esther Winnick's memory to the Candor Emergency Squad, P.O. Box 141, Candor, NY 13743. The family is being assisted by the Estey, Munroe & Fahey Funeral Home. Condolences may be made to Esther's family at www.emfaheyfuneralhome.com.
To send flowers to the family or plant a tree in memory of Esther Winnick, please visit Tribute Store

Share Your Memory of
Esther
Upload Your Memory View All Memories
Be the first to upload a memory!
Share A Memory
Send Flowers