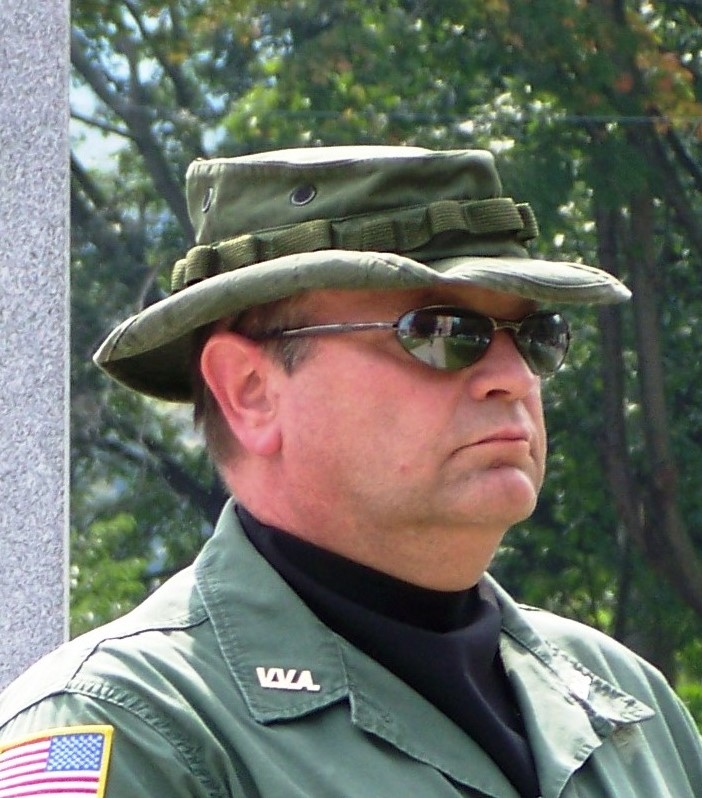 Please share a memory of Charles to include in a keepsake book for family and friends.
View Tribute Book
1972 Charles (CHET) Harding left Owego Free Academy to enlist in the Navy and volunteer for duty in Vietnam. He served aboard the USS Joseph Hewes in combat/support missions during one of the heaviest fighting periods late in the Vietnam War earning him a Combat Action Ribbon and all Vietnam Service related medals at the age of 17. The Hewes then circumnavigated the globe returning to port in Newport, Rhode Island. His Naval Unit (one of only 2) was selected to participate in the 1973 "Home with Honor Parade" in New York City. Upon completion of his tour he was honorably discharged. He was proud of his service and in 1990 he was awarded the New York State Conspicuous Service Cross. His first job as a civilian was at the Syracuse VA then later at Hutchings Psychiatric Center before its closure. He moved his growing family to Owego where he opened H & S Street & Competition Engine Builders Garage specializing in Hemi racing engines. He was passionate about drag racing and competition RC racing (operated Southern Tier RC Raceway), was an avid outdoorsman – appreciated his time hunting, fishing, camping, and boating. Chet was an active member of his community - coaching in the Junior Football League and active in all local veteran organizations for 40+ years serving in many capacities including VFW 1371 (Life Member) Honor Guard for many years, Color Guard, Senior & Junior Vice, Service Officer and President of Vietnam Veterans of America Chapter #480. He stood vigil at the 1st Tioga County POW/MIA service and for many years thereafter he was a fixture for the full 24 hours. He organized the first Vietnam Veteran's venison food program in Tioga County – donating and delivering hundreds of pounds of venison to fellow veterans. He was a founding member of the Tioga County War Service Medal Commission and instrumental in getting the Tioga County War Service Medal reissued culminating in a large ceremony in Court House square in 1995. He started Project Homecoming serving all Tioga County veterans and providing their families with current up to date information and resources on the internet. He organized numerous Support the Troop rallies during the early years of the Iraq and Afghanistan wars where the community signed thank you cards and "We Support the Troops" flags which were sent to local soldiers all over the world. He followed his passion of honoring his fellow veterans by preserving veteran history restoring and documenting veteran memorials in 65 Tioga County cemeteries. In 2006 he restored Owego's Evergreen Civil War Section of 80 veteran graves and a rededication ceremony was held in 2007. He is survived by his wife of 48 years, Anita; two children he cherishes and is very proud of; Randee and Wade, their spouses who are just as much his children - Michael and Sarah, 11 wonderful grandchildren; Toree, Sadie, Tierinee, Tyler, Bryce, Jacob, Makenzie, Madison, Ashlee, Kristen, Adaleah; his first great grandchild Hudson (and Luka on the way); all brightened his life and gave him much joy. (He loved surprising his grandchildren with "treasure hunts" in his 15 acre woods with hidden gifts to find, BBQ/smores, UTV rides, sing-along's and big bon fires.) He also leaves his mother, Sally Harding; brother, Timothy; sister Vicky Seymour; many nieces, nephews, cousins, aunts, uncles and friends. He was predeceased by his father, Charlie Harding; grandparents Archie & Iva Mae Harding, Fredrick & Anna Peterson; nephew Cody Seymour. Chet's final salute was March 20, 2022 when he succumbed to complications from kidney cancer. A principled man with an amazing life full of service. The tree of life he created lives on in every thought, decision and act we as his family make from this time forward as a tribute to our husband, father and grandfather. He leaves a very large footprint for his family to fill with service to others and memories. We will carry a piece of you for all of our days. A private family memorial will be held at a later date. Contributions can be made in Chet's name to the Campville Emergency Squad, 6153 Route 17C, Endicott, NY 13760 (who saved his life twice) and VVA Chapter #480, C/O VFW 1371, 207 Main St., Owego, NY 13827. Condolences can be made to Chet's family at www. emfaheyfuneralhome.com

Share Your Memory of
Charles
Upload Your Memory View All Memories
Be the first to upload a memory!
Share A Memory