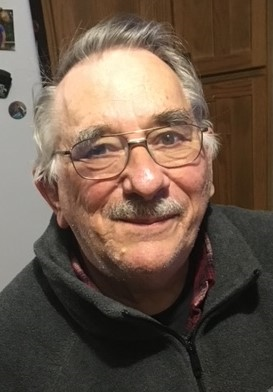 Please share a memory of Henry to include in a keepsake book for family and friends.
View Tribute Book
Henry "Hank" Peters, Jr., 82, of Owego, New York passed away July 20, 2022. Hank was born in Brooklyn, NY to the late Henry and Helen Peters. Along with his parents, he was predeceased by his wife of 32 years, Rosemary Peters; son-in-law, James Simmons. Hank is survived by his four children, Donna Babcock and Victor Chapman, Kelly Simmons, Daniel and Marilyn Peters, Brian Peters; five grandchildren, Jocelyn, Joshua, Tyler, Adam, Mathew; two great grandchildren; sister and brother-in-law, Bettie and Michael Lajoie; several nieces and nephews. Hank retired from IBM, Owego after 30 years of service and from Lockheed Martin, Owego, NY with an additional 12 years of service. He relished working as an environmental/Safety Engineer. Hank held several patents during his industrial career. After retirement, Hank had fun working as a greeter at Sam's Club. He was a devoted father and deeply cherished family. Hank enjoyed a good dinner out, rarely missing desert. A Memorial Mass will be held on Friday, October 14, 2022 at 11:00 a.m. at St. Patrick's Church, 300 Main St., Owego, NY. Burial will follow in the parish cemetery. Memorial contributions may be made in Henry "Hank" Peters' memory to the Owego Emergency Squad, P.O. Box 22, Owego, NY 13827. Condolences may be made to Hank's family at www.emfaheyfuneralhome.com.
To send flowers to the family or plant a tree in memory of Henry Peters, please visit Tribute Store
Friday
14
October