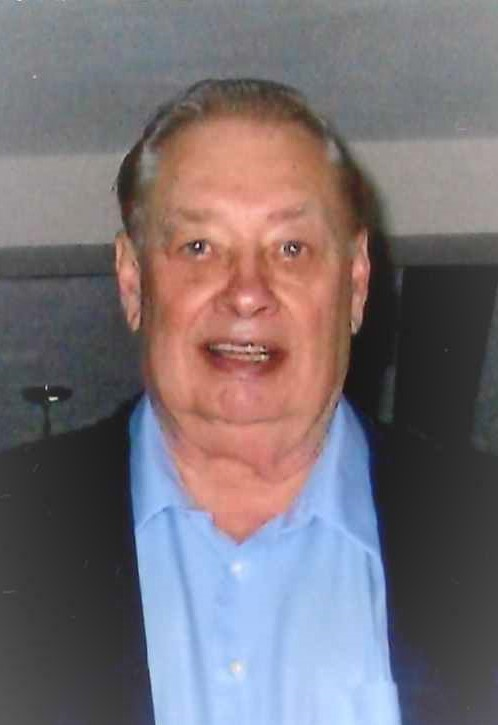 Please share a memory of Robert to include in a keepsake book for family and friends.
View Tribute Book
Robert C. Thompson, 87, of Owego, NY unexpectedly passed away Tuesday, October 18, 2022. Bob was predeceased by his parents, Fred and Mildred Thompson; sister, Mary Ann Thompson. He is survived by his wife of 60 years, Regina (Doane) Thompson; two daughters and son-in-law, Patricia and Robert Goodhart, of North Carolina, Neva Olmstead, of Owego; two granddaughters and their husbands, Kristie and Jeff Rogers, Beth and Zack Taylor; grandson, Robert D. Goodhart, III; great granddaughter, Ivey Rose Lee, great grandson, Ethan Panella. Bob was a 69 year member of Croton Hose #3 Owego Fire Department, served as President Forman and was instrumental in writing bylaws for OFD. Bob also served as past commander of the Sons of the American Legion, Florida, adjutant of Post #401 American Legion, Owego, life member of the Owego Moose Lodge #1595, having earned his 1,2,3 Degree and a member for 65 years, lifetime member of Owego Elks Lodge #1039, Past President and Treasurer of the VFW Post #1371 Auxiliary; managed five Owego Little League Championship Teams; scored first basket in Owego Boys Club League and received CYO scoring championship trophy from Mr. Basketball, George Milken, Bob played football, baseball and Basketball for OFA. He was a great fan of the St. Louis Cardinals and scouted 12 years for them and developed a lasting relationship with many past and present players, including the great Stan The Man Musial, who was his idol. Bob enjoyed watching games in all three Cardinal Stadiums, Sportsman's Park, Busch #1 and Busch #2. Bob was a great Notre Dame Fan and visited the campus many times and knew many coaches. He owned and trained many Standard Bred Racehorses for 30 years and had over 100 wins and many Stake Winners. He won Trotter of The Year three times with most of his horses being purchased from Hanover-Shoe Farms. Funeral services will be held privately. Bob will be buried at St. Patrick's Cemetery, Owego, NY. In lieu of flowers, please remember Bob by taking a friend to lunch and a drink. Arrangements are by the Estey, Munroe & Fahey Funeral Home
To send flowers to the family or plant a tree in memory of Robert Thompson, please visit Tribute Store

Share Your Memory of
Robert
Upload Your Memory View All Memories
Be the first to upload a memory!
Share A Memory
Send Flowers