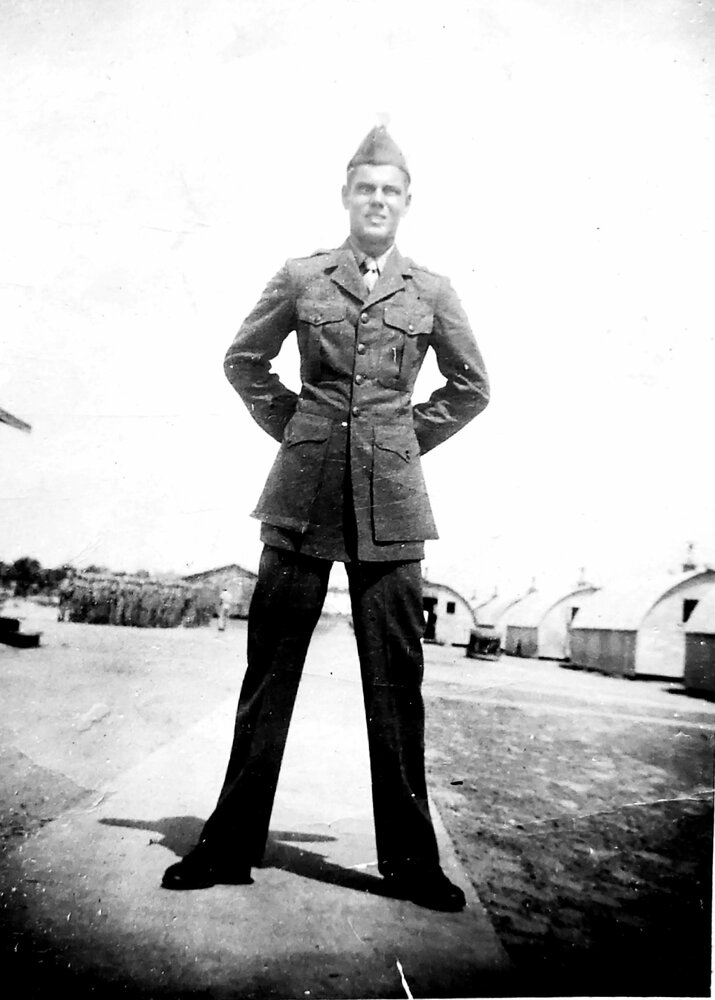 Please share a memory of Vladimir to include in a keepsake book for family and friends.
View Tribute Book
Vladimir "Val" Kucher, 94, of Owego passed away Wednesday, November 2, 2022 with his daughter by his side. Val was born in Brooklyn, NY to the late Michael and Anna Kucher. Along with his parents, he was predeceased by his wife of 63 years, Faith Kucher. Val is survived by his three children and their spouses, Michael Kucher and Julie Nicoletta, Kathryn "Kathy" and Chris Welsh, Diane and Mark Iezzatti; three grandsons, Casey (his wife Sarah), Kyle, Luca. Val was a WWII veteran who enlisted at age 17. Following the war he began his career with New York Telephone and installed some of the first phonelines into Brooklyn and worked his way up thru the ranks to manager of eastern Long Island . After his retirement in 1984 he moved to Owego, but he did not believe in slowing down. He volunteered on The BOD of The Tricities Opera and Habitat for Humanity and continued to work until he was 89 years old as the dispatcher for Guagliardo Plumbing. He lived his life by the values instilled by the Marine Corp. and with a profound love of his country. The family will receive friends Friday, November 11, 2022 from 1:00 to 2:00 p.m. at the Estey, Munroe & Fahey Funeral Home with full military honors being accorded at 2:00 p.m. by the U.S. Marine Corp. being assisted by the VFW Post #1371 Honor Guard. In lieu of flowers, donations may be made to the local non-profit organization "Right Beside You" who provided the necessary support to allow Val his final wish; to die in his-home that he loved, along with the special care of Dr Keith Nichols and Val's team of Angels. The address for "Right Beside You", 2254 Waits Rd, Owego, NY 13827. Condolences may be made to Val's family at www.emfaheyfuneralhome.com.
To send flowers to the family or plant a tree in memory of Vladimir Kucher, please visit Tribute Store
Friday
11
November

Share Your Memory of
Vladimir
Upload Your Memory View All Memories
Be the first to upload a memory!
Share A Memory
Send Flowers