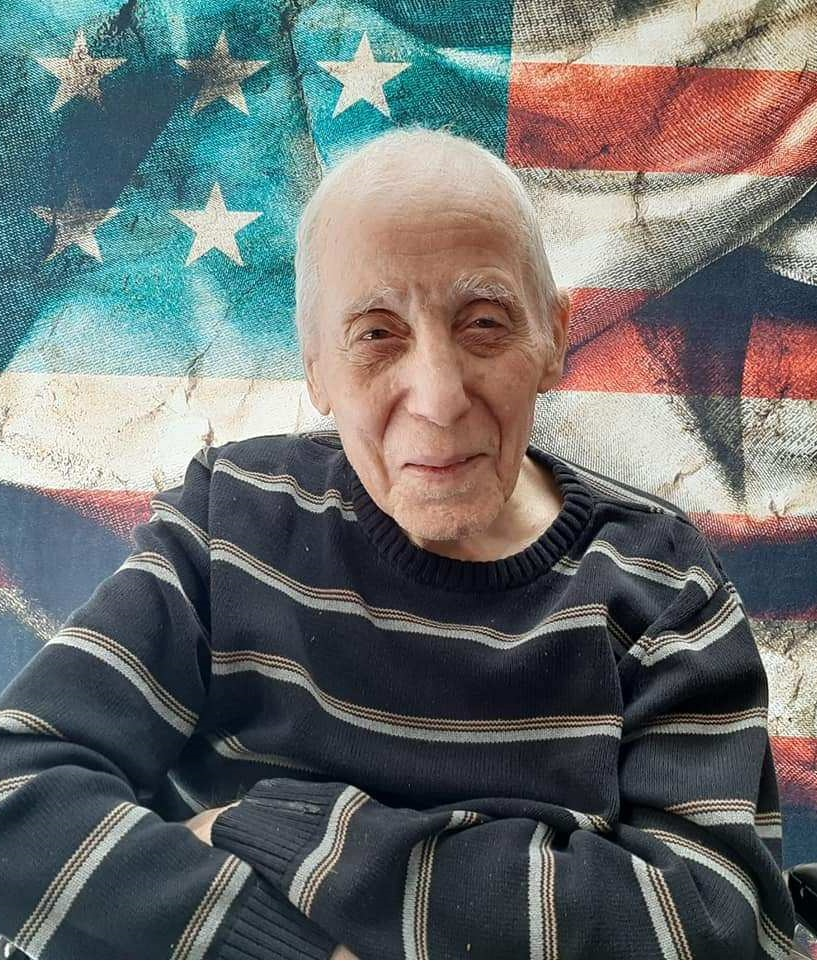 Please share a memory of Joseph to include in a keepsake book for family and friends.
View Tribute Book
Joseph John Constable, 94, of Owego, NY died January 5, 2023 of natural causes. He was born January 31, 1928, in Nebraska, Pennsylvania, to the son of Italian Immigrant parents. He was the first in his family to be born in the United States. Joe was predeceased by his wife of 55 years, Sally Constable; his parents, Leonard and Eleanora Constable; his siblings, John Constable, Lena Constable, Eleanor Scalise. He is survived by siblings, Catherine and Joe Along, Leonard and Sandy Constable, Paul and Patty Constable, JoAnn and Richard Collins, Mary and Richard Riggins; five children, Ann and the late John Cantando, Susan Constable, Douglas and Jennifer Constable, Thomas and Susan Constable, Sarah Constable Matt; 15 grandchildren, Joseph, John, Anthony, Arianna, Sarah, Laura, Seth, Thomas, Emily, Andrew, Christopher, Douglas, Tiabeanie, Andrew, Joseph Paul; four great grandchildren, Zachary, Rebecca, Alina, Anthony; several nieces and nephews. Joe graduated from Warren (PA) High School in 1945. He served as a weatherman in the Army Air Corps, where he enlisted at the age of seventeen. He then studied and graduated from Temple University with a degree in science and mathematics. He worked two jobs simultaneously to get through college, as a shoe salesman at Montgomery Ward and as an overnight floor supervisor at a mental health institution. After graduating from Temple, he worked as a Math teacher until he was hired by IBM, where he worked for 47 years before he retired in 1998. Some of his favorite memories were of growing up in Nebraska, PA, where he enjoyed hunting and fishing. He spoke fondly of his interest in the trains that traveled on nearby tracks. He had special memories of the coal trains because the men on the trains would throw coal to him and his brothers that they could bring home to their parents. His sister, Catherine, remembers meetings between his parents and the school where they tried to figure out what they could do with him because he was so bright. While at IBM, he worked on the original GENESIS project in the 1950s. Joe was the FORTRAN Software Engineer for the project and later on the LAMPS system. He went on to contribute his expertise in programming for many projects, both civilian and military. Throughout his career he had the opportunity to live in other temporary locations throughout the US as well as London, England. His home base was Owego, NY. He loved his wife and children more than anything else. He set an example for hard work and high achievement. He exposed his family to many, many travel opportunities. He was affiliated with the First Presbyterian Church in Owego, NY, where he had many friends. His later years were spent at the Good Shepard Fairview Retirement Home in Binghamton, NY. The nurses and staff there loved him very much and cared for him with respect and dignity. Lourdes Hospice Care provided loving support and care for him at the very end of his life. Funeral services will be held on Wednesday, January 11, 2023 at 11:00 a.m. at the Estey, Munroe & Fahey Funeral Home, 15 Park St., Owego, NY. The family will receive friends Wednesday from 10:00 to 10:45 a.m. prior to the services at the funeral home. Burial will be in the Evergreen Cemetery, Owego, NY in the Spring. Memorial contributions may be made in Joseph J. Constable's memory to the First Presbyterian Church of Owego, NY at https://www.owegofpuc.org/online-giving. Condolences may be made to Joe's family at www.emfaheyfuneralhome.com.
To send flowers to the family or plant a tree in memory of Joseph Constable, please visit Tribute Store
Wednesday
11
January

Share Your Memory of
Joseph
Upload Your Memory View All Memories
Be the first to upload a memory!
Share A Memory
Send Flowers