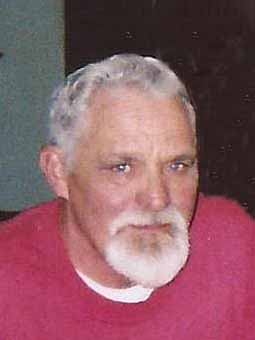 Owego - Larry Henderson went to be with the Lord on January 3, 2020. He was born in Augusta, ME to Lawrence E. and Inez Norma (Elliott) Henderson in 1938. Larry graduated from Coney High School, Class of 1956 and soon after married his high school sweetheart, Janice L. Hanson. The couple remained married until Jan's death a few months shy of their 50th wedding anniversary. Larry mastered electronics while an airman in the United States Air Force and for most of his career worked as a quality assurance engineer as a subcontractor at IBM. After retirement, Larry served as the custodian of St. Patrick's Catholic School. Larry and Jan made annual summer excursions to Winthrop, ME, where their extended families gathered at the lake for waterskiing and picnics. He had a passion for golf and one of his greatest joys was playing at Germany Hill Golf Course in Owego, NY. In addition to golf, Larry enjoyed hunting, cutting wood, snowmobiling, day trading, playing poker with his pals, solving crossword puzzles, dancing and smoking his ever present pipe. Larry is survived by his daughters, Leslie Harris, Jodi Carr, and Amy Henderson-Harr; and in-laws Lou Harris, Kaili Wardwell, Patrick Carr and Jeffrey Harr; his loving grand and great grandchildren; his sisters Lois Gibbs, Nancy Albert; and brother Larry Daniels; and several nieces and nephews. He was predeceased by his parents Norma and Lawrence Henderson and his wife Janice Henderson. The family would especially like to thank the staff of Beacon Hospice of Bangor, ME for such wonderful care and attention, and Gloria Denacola for her kindness and the many trips out for ice cream sundaes. A memorial service celebrating Larry's life will be held on Friday, June 26 at 2:00 PM at the Estey, Munroe & Fahey Funeral Home, 15 Park St., Owego, NY. Family will receive friends from 1:00 to 2:00 PM before the service. In lieu of flowers, contributions may be made in Larry's name to Beacon Hospice of Bangor, ME. Kindly make checks out to Amedisys Foundation, Beacon Hospice, 289 State Street; Suite B, Bangor, ME 04401. Those who wish may leave written condolences at www.emfaheyfuneralhome.com
To send flowers to the family of Larry Henderson, please visit Tribute Store
Friday
26
June