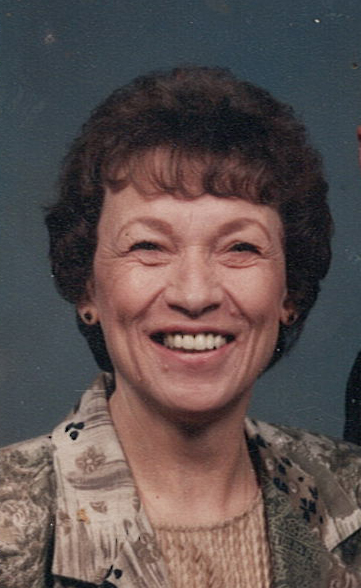 Please share a memory of Jacqueline to include in a keepsake book for family and friends.
View Tribute Book
On April 11, 2020, Jacqueline "Jackie" Morey passed on peacefully from this world to the next. As he has been for the past 67 years, Gene Morey was there for his beloved wife when she needed him. Jackie's three children were there with her as well, throughout her extended illness and when the time came to say goodbye. Jackie was born on March 4, 1936, to late Donald and Bernice Ellis. She had one sibling – a brother Larry - and raising but two children likely provided much needed respite for her father, who was himself one of 23 children. Jackie attended Owego schools, and at age 17 married Gene. They are survived by their three children, Terry Morey and his companion, Kathy Nichols-Newell, Brenda and her husband, Michael Thornton, Tracey Morey and her companion, Matthew Cluff; four grandchildren, Kody Thornton, Karly Thornton, Kaitlin Morey and Ryan Morey; two great-grandchildren, Harleigh and Hayleigh Martin; several nieces, nephews. Jackie's family describes her as "a devoted homemaker, enjoyed a little shopping with her best friend or family, with the main goal of lunch afterwards always would make her day complete." Jackie was a passionate and accomplished bowler, as evidenced by her trophies, the magnets on her refrigerator and the memories of her numerous 600 series and her high game of 275. She competed in countless tournaments and bowled in several leagues simultaneously, in Owego and Vestal. Such was her love for the game that she would sometimes bowl in three separate leagues, and for two different teams in a single day. Her daughters bowled with her at times, and her close friendship with Louise Terpenning started many years ago and continued at the bowling alleys and at Grover's Barn, where Jackie would tend bar while Gene played guitar, banjo and fiddle as a member of "Bob Grover and the Tune Twisters." Jackie and Louise spent much cherished time together over the years, up until Jackie's final days. Whether relaxing in the tranquil sanctuary of the campers that she and Gene owned over the years, enjoying a bonfire or pulling the levers at Vernon Downs, Tioga Downs or Turning Stone Casino, if Jackie was with her loved ones, she was right at home. Jackie will be remembered for her beautiful smile, for her openness and her kindness and for the pride she took in the way she presented herself to the world. It was said in jest, "She wouldn't even go to the mailbox if she didn't have her hair done." She loved the family's pets over the years – Austin the Pomeranian and Trixie the "Devil Cat" – and her family took comfort in the fact that Jackie was always "silently in charge." Jackie's family expresses their gratitude to the kind people of Hospice for providing the supports necessary to enable Jackie to be at home, where she wanted to be. "That was a gift," they said, "for which we will always be very thankful." A celebration of Jackie's and Gene's life will be held on Sunday, July 24th at 12:00 Noon at the VFW Post #1371, 207 Main St., Owego, NY. Jackie is buried in the Tioga Cemetery. Memorial contributions may be made in Jacqueline Morey's memory to Friends of Hospice, P.O. Box 638, Owego, NY 13827. Condolences may be made to Jackie's family at www.emfaheyfuneralhome.com.
To send flowers to the family or plant a tree in memory of Jacqueline Morey, please visit Tribute Store
Sunday
24
July

Share Your Memory of
Jacqueline
Upload Your Memory View All Memories
Be the first to upload a memory!
Share A Memory
Send Flowers