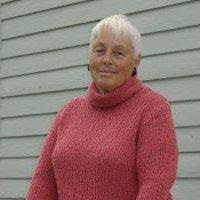 Belmont, NY – Gail Marie Molin (Bazinet) passed away Wednesday, May 6, 2020 in the care of her family. Gail was born July 22, 1940, in Clayton, NY, to Lawrence and Jane Bazinet. She spent a lot of her youth in the Thousand Islands area of Clayton and would visit there often, even into her later years in life. It was one of the places she loved most in all her travels and travel she did! Most knew Gail for her wanderlust; moving from place to place always searching for a place more beautiful and fulfilling than the last. Some of the places that she called home were Niagara Falls, NY; Manchester, New Hampshire; Snow Hills, Maryland, eventually settling in Belmont, NY. Gail also loved literature, music, long haired men with beards (smelling of wood smoke), Cowboys, and Native American art and culture. She had a great passion for making jewelry, crafts of every kind, and reading books (several a week). She was a drummer in a local band in the 60's and 70's; her first drum solo was "In A Gadda Da Vida" by Iron Butterfly. In her later years she was referred to as "Grammy Gail" because of her 16 grandchildren and 6 great-grandchildren. She was recently predeceased by her oldest son, Richard Burke. Gail is survived by her brother's, Richard and Michael Bazinet; her sisters, Linda Bowker and Michelle Bossert; her sons, Patrick, Thomas, Stephen, William, Michael, and Christopher; her daughter, Erika. A Celebration of Life memorial will be held with her family later this Summer. "Body of Ink, Heart of Gold"- Andrea Burke. The family is being assisted by the Estey, Munroe & Fahey Funeral Home. Condolences may be made to Gail's family at www.emfaheyfuneralhome.com.
Print