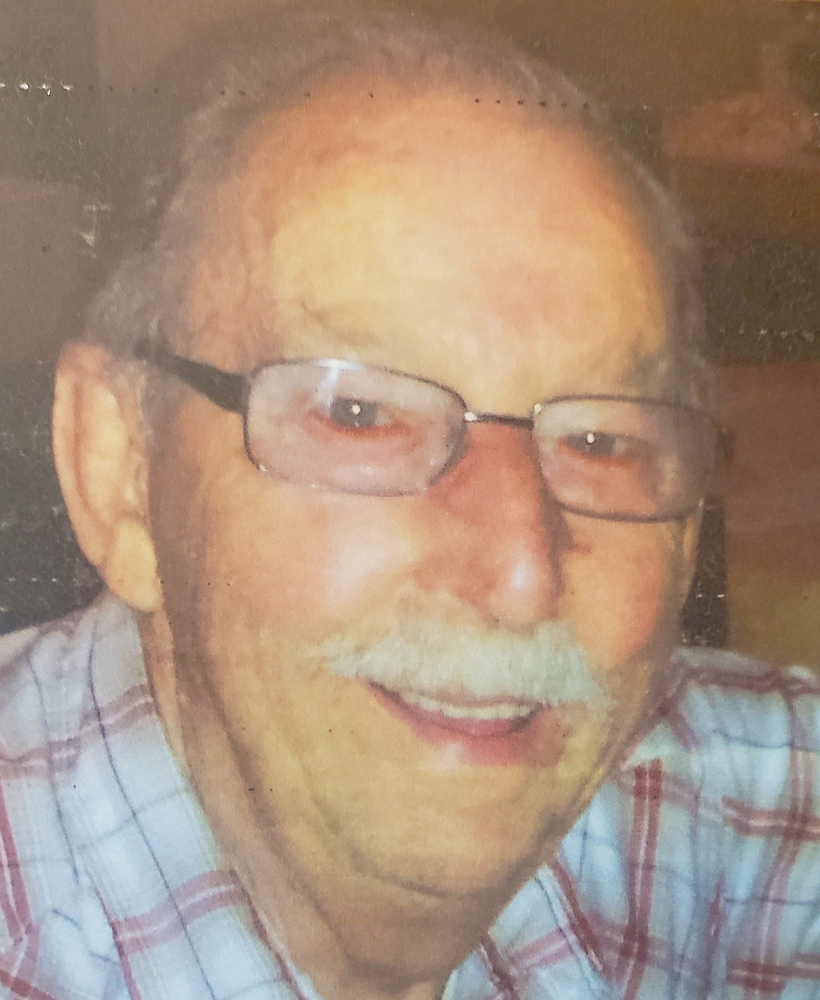 Please share a memory of Eugene to include in a keepsake book for family and friends.
View Tribute Book
They were together for 67 years. They were apart for 6 weeks. Now, Gene and Jackie Morey are together again. On May 26th, Eugene "Gene" Morey, 85, of Endicott, NY, joined his beloved Jackie, who passed on April 11th. Like everything Gene ever did, he passed on his own terms, in his own house, with his loved ones at his side. Gene was born on July 7, 1934, and spent his childhood in Vestal. He spent many hours riding horses, and became good enough to compete in barrel racing competitions in area rodeos. Gene's work ethic was a defining trait, and he was among the first in his age group to have a job and a car. He taught himself to play music, and he and his father, George Sr. and his brothers, George Jr. and Don, entertained many revelers at Toepke's and other local watering holes. Gene would soon depart for the comparative Big Time, joining the popular "Tune Twisters," excelling as a vocalist and playing numerous instruments to packed houses at Grover's Barn, where Jackie also worked. For a time, he also had his own band called "Gene Morey and the Country Classics." When Gene wasn't playing music, he and Jackie would take their kids camping. As their family grew, so did the size of the camper trailers they purchased, and the family lived in a mobile home while building their forever home in Campville. As was the family tradition, Gene worked for IBM, winning many awards and earning much recognition for his innovative ideas. He somehow found time to hone his skills as a bowler, and he had numerous 300 games, passing up opportunities to compete in regional tournaments and preferring to instead stay home. Gene was well known as an accomplished "wheeler dealer," and many who tried to out-bargain him walked away licking their wounds. He operated several swap shops, and the term "Buy Low, Sell High" defined his business strategy. There is an old saying, "What Goes Around Comes Around," and Gene's devotion to his family came around many times over. His daughter, Tracey, served as his primary caregiver over the past several weeks as Gene tried his best to overcome not only a broken heart, but a broken hip as well. The tireless effort put forth by Tracey and by Gene's grandson, Kody, made it possible for him to be at home, where he belonged. Gene and Jackie are survived by their three children, Terry Morey and his companion, Kathy Nichols-Newell, Brenda and her husband, Michael Thornton, Tracey Morey and her companion, Matthew Cluff; four grandchildren, Kody Thornton, Karly Thornton, Kaitlin Morey and Ryan Morey; two great-grandchildren, Harleigh and Hayleigh Martin; several nieces, nephews.a Celebration of Gene and Jackie's life will be held on Sunday, July 24, 2022 at 12:00 Noon at the VFW Post #1371, 207 Main St., Owego, NY. Gene's family asks that donations be made in his memory to the Campville Fire Department, 6153 NY-17C, Endicott, NY 13760. Arrangements are by the Estey, Munroe & Fahey Funeral Home. Condolences may be made to Gene's family at www.emfaheyfuneralhome.com.
To send flowers to the family or plant a tree in memory of Eugene Morey, please visit Tribute Store
Sunday
24
July

Share Your Memory of
Eugene
Upload Your Memory View All Memories
Be the first to upload a memory!
Share A Memory
Send Flowers