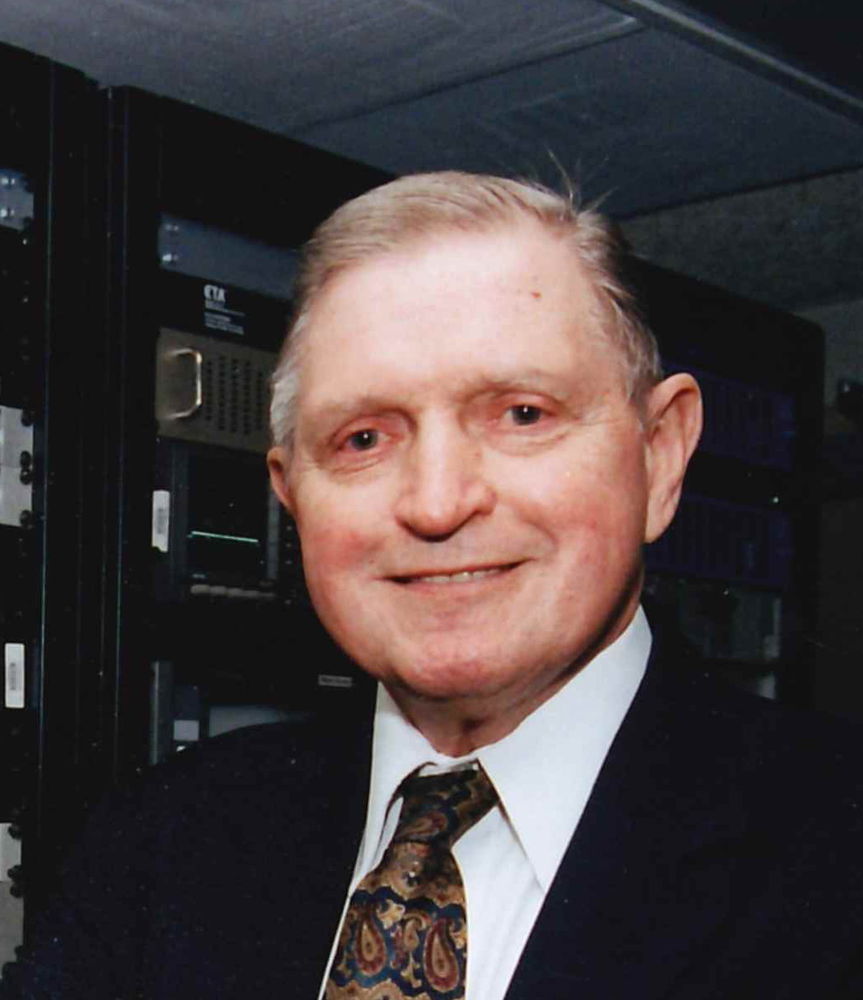 Ronald S. Carlson of Owego, New York passed away on August 26th at home surrounded by family. Ron was predeceased by his parents, Stanley W. Carlson and Dorothy (Anderson) Carlson. He was also predeceased by his wife of 62 years, Dolores (Newark) Carlson, and his brother, Walter R. Carlson. He is survived by his son and daughter-in-law, Michael and Madeline (Howe) Carlson, and two grandchildren, Estie Carlson (Larry Hill) and Jarrett Carlson. After graduating High school in Lakewood NY, Ron was a Naval aviator in the Korean War. He is a graduate of Indiana Institute of Technology in 1956 with a BSEE degree. In 1956, he joined IBM during the initial facility startup in Owego. After a brief departure to Linton Industries in Canoga Park, CA, he welcomed the opportunity to rejoin IBM Owego in 1962. While living in Owego, he transferred to IBM Endicott in 1968. After many positions at IBM, including Technical Resource Development for the Endicott Facility where he was in charge of the review of all patent disclosures, Ron was the Executive loaned from IBM to become Director of the University, Industry, Public, Partnership for Economic Growth (UNIPEG). This was essentially a technology transfer network between Alfred, Cornell, and SUNY Binghamton. Also during his time with UNIPEG, he joined the faculty of Regents College and was chair of Senior Engineer Promotion Board for IBM. He summarily retired from IBM in 1992. Ron rejoined the work force to become chairman of School and Business Alliance (SABA) from July 1991-1993. During this time, Ron was recruited by Dean of Engineering at SUNY Binghamton to become Director of Enginet, a new concept for delivery of graduate engineering courses off campus for SUNY Binghamton, Buffalo, and Stony Brook. He was Director of Enginet from 1994-2002, when he finally retired for good. Ron was extremely proud to be associated with IBM, however, his two closest colleagues at Enginet became lifelong friends. Ron was also involved as chairman of Reginal school and Business Alliance, on the faculty of Regents College, Co-chair of Broome Partnership 2000, Advisory Council for Center of Leadership Study, SUNY Binghamton, and Advisory Council for Corporate Service Programs, Broome Community College, and Chairman for Senior Net. He was awarded Outstanding Innovation Award-IBM, Division Award-IBM Endicott, Broome Community College –President’s Award, and Thomas J. Watson School of Engineering –Founders Award 2002. The family will receive friends Sunday, August 30th, from 4 to 6 p.m. with funeral services to be held on Monday, August 31st, at 10 a.m. at the Estey, Munroe & Fahey Funeral Home, 15 Park St, Owego. Burial will be in the Sunset Hill Cemetery, Lakewood, NY. Please Note: All state required social distancing guidelines are to be followed. Condolences may be made to Ronald’s family at www.emfaheyfuneralhome.com.
To send flowers to the family or plant a tree in memory of Ronald Carlson, please visit Tribute Store
Print
Sunday
30
August